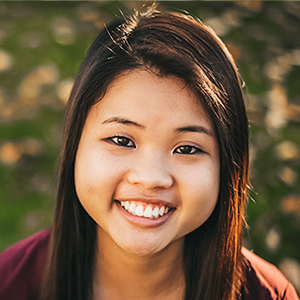 Google’s religious policies – What it means for higher ed

To advertise on Google products, brands must adhere to Google’s program policies—this is not news—but what we’ve recently noticed is Google has expanded its enforcement of these policies, which is having a real impact on religious-affiliated institutions’ digital marketing efforts. Google’s policy “prohibits advertisers from using its products to select or target personalized ads, or to collect or use audience data such as cookie lists, based on religious beliefs or other beliefs of a similar nature” (i.e., from sites or apps that collect people’s affirmative information on religion or religious beliefs). Google’s intention is to protect people from predatory targeting based on, in this case, faith, but the policy is far-reaching, flagging institutions that simply express their faith-based affiliation on their site.

Once flagged, schools are unable to advertise on Google products, including Google Ad Manager, Display & Video 360, and Campaign Manager 360. We’ve recently noticed increased enforcement, specifically with their Display & Video 360 DSP (Demand-Side Platform). A DSP is a type of software that allows an advertiser to buy advertising with the help of automation. DSPs are a powerful marketing tool because they allow mobile advertisers to buy high-quality traffic at scale, which helps decrease costs for you as the client. At Carnegie, we utilize Google’s Display & Video 360 DSP to run a majority of our programmatic campaigns, which gives us access to Google’s Display Network, as well as other quality inventory sources to reach interested users with our ads.

This change in enforcement is not surprising as many other digital platforms have taken a similar stance. For example, earlier this year, Facebook started prohibiting advertisers from using detailed targeting options to target users who follow certain religious practices or are affiliated with certain religious groups. The additive effect is that now it’s becoming harder than ever before to run Display and Video campaigns for institutions with religious affiliations.

Consequences once an advertiser is flagged

Once an advertiser is deemed non-compliant with Google’s religious policy, they are no longer able to target any non-Google audiences including First Party, Third Party, Similar Audiences, or Customer Match. The only remaining audiences are Google-based audiences that are preset by the platform, such as In-Market and Affinity audiences. This affects most Display and Video outreach and retargeting campaigns because it significantly reduces the audience an institution can reach. Digital marketing options have become very limited, especially for religious institutions that would like to promote a traditional undergraduate program to high school students, since most other digital platforms now prevent advertisers from targeting users under the age of 18.

But don’t worry, we still have options!

For campaigns targeting an audience 18 years of age or older, there are several other paid search and social media tactics that can be explored as an alternative for Display and Video outreach and retargeting strategies. For traditional undergraduate campaigns, our recommendation is to ask your marketing agency about other non-Google DSPs. At Carnegie, we, fortunately, have access to a non-Google DSP, which we’ll be leveraging for our faith-based institutions. Additionally, we can focus on other platforms like Twitch and Spotify, as well as deploy web personalization and explore ad availability on college search platforms, like CollegeXpress—depending on the goal of the campaign. So while these recent restrictions necessitate a change in strategy, we’re here to meet the challenge!

Need help navigating Google’s program policies? Contact us today with your questions. We are ready to help.

Once an advertiser is deemed non-compliant with Google’s religious policy, they are no longer able to target any non-Google audiences including First Party, Third Party, Similar Audiences, or Customer Match. Click To Tweet