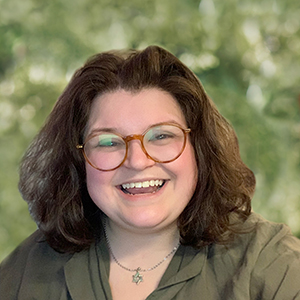 Our webinar about Missouri Online’s path from seeing an opportunity to realizing their goal and how they did it was a lot of fun. If you missed out on the live conversation and want a quick recap of what was discussed, look no further!

The University of Missouri System was a regional system with national aspirations. In 2019, the president of the UM System put a plan in motion to grow their online program and unite all four of the system’s institutions under one brand. This was an opportunity but also a challenge bigger than just rebranding. As we all know, higher education brands are full of very invested stakeholders who have a passion for their institution. With so many internal stakeholders, the project not only needed to create a unified brand, but needed consensus and buy-in across the four institutions to get there.

Each institution in the UM System had their own brand identity and level of brand equity in the marketplace. Across all the online programs were hundreds of unique offerings, including like or competing online programs.

Turning four brands into one also meant getting buy-in from the four institutions, each of whom had their own internal goals. Institutional knowledge from Chris and her colleagues was a much needed advantage for the Carnegie team. Knowing what each of the four institutions offered, what their history in online education was, and what was at stake for each school in the rebranding process was extremely important.

Identifying these early hurdles helped the team to form a cohesive plan that could address problems before they had a chance to arise.

For the rebranding project to be successful, each institution had to get on board with what was happening and come to an agreement for a new direction. Every school was different, and the upfront assumption was that it would be a tall order to find similarities to unite them all under an umbrella brand.

It became clear that conducting focus groups to share opinions wasn’t going to be enough. Visiting each campus, in person, to meet with all the internal stakeholders and get everyone involved in a workshop was essential. Making sure that internal stakeholders weren’t just consulted but deeply involved helped create internal buy-in that allowed the project to be successful.

Using Carnegie’s Organizational Personality framework, Archetypes, the team found similarity among all the online programs. As it turned out, the schools were, at their core, more similar than they were different. With a core identity found and defined, the team was able to create a singular visual and verbal platform.

A major aspect that helped create consensus was a reliance on data to make decisions. The objective nature of data takes opinions out of the equation and facilitates more buy-in.

Carnegie’s approach to building and implementing a new brand is always to lead with data. Market research offered a guiding light for the whole Missouri Online project.

Choosing a name is a good example of how data drove this project. A strong brand facilitates program awareness and enrollment growth. By establishing a strong foundation through which students could connect and form a relationship, Missouri Online could not only attract students, but the right-fit students.

The name “Missouri Online” doesn’t seem all that exciting, but data told the team it was the right choice. There are lots of ways to name an organization, from straightforward (like Bank of America) to unique (like Google). Choosing the right approach for success is critical, and data can tell us which path to take. Market testing of the naming possibilities revealed that a straightforward and descriptive name would be best received and most quickly understood in their market.

Within the first full academic year after the launch, the new website had a staggering 880,000 new visitors. This was the product of four sites now funneling into one—a one-stop-shop mindset to serve the audience rather than each individual institution.

Looking forward, there is still work to be done to further implement and optimize Missouri Online’s brand and marketing strategy. The brand has been in the market for only two years, and the team is learning from initial advertising flights and making optimizations, seeking new markets to explore, and continuing to prioritize awareness. There is also an ongoing effort to continue to increase internal buy-in and adoption. With the success of the initial brand launch and the strong on-campus partnerships, this story is no doubt just the first of many for the Missouri Online team.

If you’re curious to learn more about this project, check out the case study. You can also download our quick guide to digital branding. Lastly, if you’re looking for a partner for brand strategy, marketing, or creative, reach out to us to start a conversation—we’d love to hear from you.